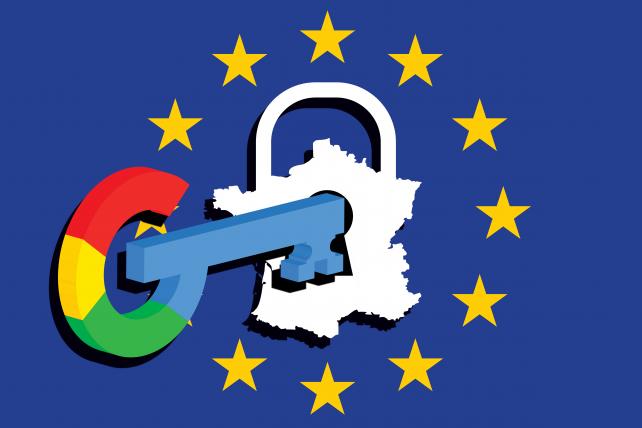 A French revolution of sorts is brewing among several trade bodies representing publishers, ad tech, agencies and marketers that are upset over Google and its GDPR practices.

The groups—which include the Interactive Advertising Bureau France, the Union of Advertisers, the Union of Consulting and Media Buying Companies, the Union of Internet Registries and the Online Services Publishers Group—sent a letter to Google on Friday arguing that the tech company’s implementation of GDPR has created a major negative impact on revenue and costs for all players in the digital ad ecosystem. A meeting between the two parties is taking place Tuesday in Paris.

The move underscores the growing tensions between Google’s GDPR policy and the rest of the ad industry.

Although the French trade groups have several problems with how Google is handling its policy (more on that below), the heart of the issue is getting Google to speed up its adoption of the IAB Transparency and Consent Framework. Google does intend to adopt the IAB framework, but it likely won’t do so until at least August.

Here’s why that’s so important: Google previously said it will only bid on personalized ads that do not include third-party pixels such as Moat or DoubleVerify, which are often used to measure things such as viewability. The move, which was shared with partners shortly before GDPR took effect, caused a 50 percent drop in revenue for some third-party exchanges involved with the French letter.

However, Google soon reversed course, this time saying it will bid on personalized ads with third-party pixels, but only if consent is obtained on its behalf. That process will be streamlined once Google adopts the IAB framework, but in the meantime it remains very manual and cumbersome.

“This has resulted in restricting the opportunities for brands to access media advertising space of their choice under normal conditions and for the media and their technology partners to be cut off from a significant portion of their revenues,” the letter says. “We are committed to preserving an open, transparent, rich and diverse Internet, principles that your company claims to support.”

“GDPR is a big change for everyone,” Google said in a statement. “We’ve been working hard to make sure that Google complies with its obligations under the GDPR, and to help our partners in their compliance efforts too.”

The company says that Tuesday’s upcoming meeting is just one of many, adding that it’s engaged with more than “10,000 publishers, advertisers, agencies and associations across nearly 60 countries through events, workshops and conversations about GDPR compliance—and we’re committed to continuing that discussion.”

The trade bodies informed Google that they are also soliciting French competition authorities to share “the consequences of such a technological dependence” to Google and “to warn about the collateral effects of Google’s interpretation of the regulations.”

The trade bodies intend to inform Mounir Mahjoubi, a French politician serving as the Secretary of State for Digital Affairs, about their concerns. The trade bodies argue that even a slight shift in how Google tackles GDPR can create significant financial damage to everyone else operating in the digital ad ecosystem.

Google’s decisions have significant economic and strategic consequences for advertisers, agencies, boards, media and technology players, the letter reads when translated into English. “Your unique position gives you many advantages but also responsibilities towards this market.”

The letter goes on to argue that since May 25, or when GDPR took effect, that advertisers, agencies, technology players, media companies and publishers have suffered “unwanted consequences of the new rules that you have imposed through the conditions of use of your own programmatic advertising tools and their non-interoperability with other actors.”

Google, for example, caught publishers off guard in March when it said they would have to obtain consent on its behalf should they wish to use its platform sell ads. Most publishers see roughly a third or more of their revenue come from Google, so saying no would have proven catastrophic.

That move triggered four trade bodies that represent publishers from around to the globe to send Google their own letter expressing concerns about how the tech titan is handling GDPR.

And shortly after that, Google told publishers that its optional consent tool would only have room for publishers to ask consumers about 12 vendors. The news prompted panic within the ad tech community, because publishers typically work with dozens or hundreds of different vendors, and many feared they wouldn’t be included. But, late last week, Google reversed course, saying its consent tool would support publications’ work with as many vendors as they’d like.

This article was originally published on AdAge.com